“Double Kick Heroes is an explosive mashup of a shoot‘em up with a frenetic rhythm game backed by an awesome METAL tune”, as Headbang Club states.
It describes the game perfectly since all you do is shoot zombies on the beat of amazing metal tunes. The game packs in 50 songs, 30 originals, and 20 from established bands.
However, you can also upload your own music, play community designed tracks or edit your favorite songs, and share challenges!

So if you like rhythm games, pixel games, and zombie games, this is the perfect combo.
The game is out for the Nintendo Switch, Xbox One, and PC.
Get the game while it’s available on Gamepass!

The band consisting of Randie, Derek, James, Lincoln, and Snake travel through a weird zombie-infested post-apocalyptic world, with their car Sheila that is mounted with guns and even a drum kit. Next to zombies, you also have crazy humans to worry about, like the shark gang, where the shark Chief has an enormous shark head as a helmet.
As they drive through the wastelands, looking for shelter, gas, and other necessary things needed for survival, the band needs to outrun and kill the enemies they encounter. 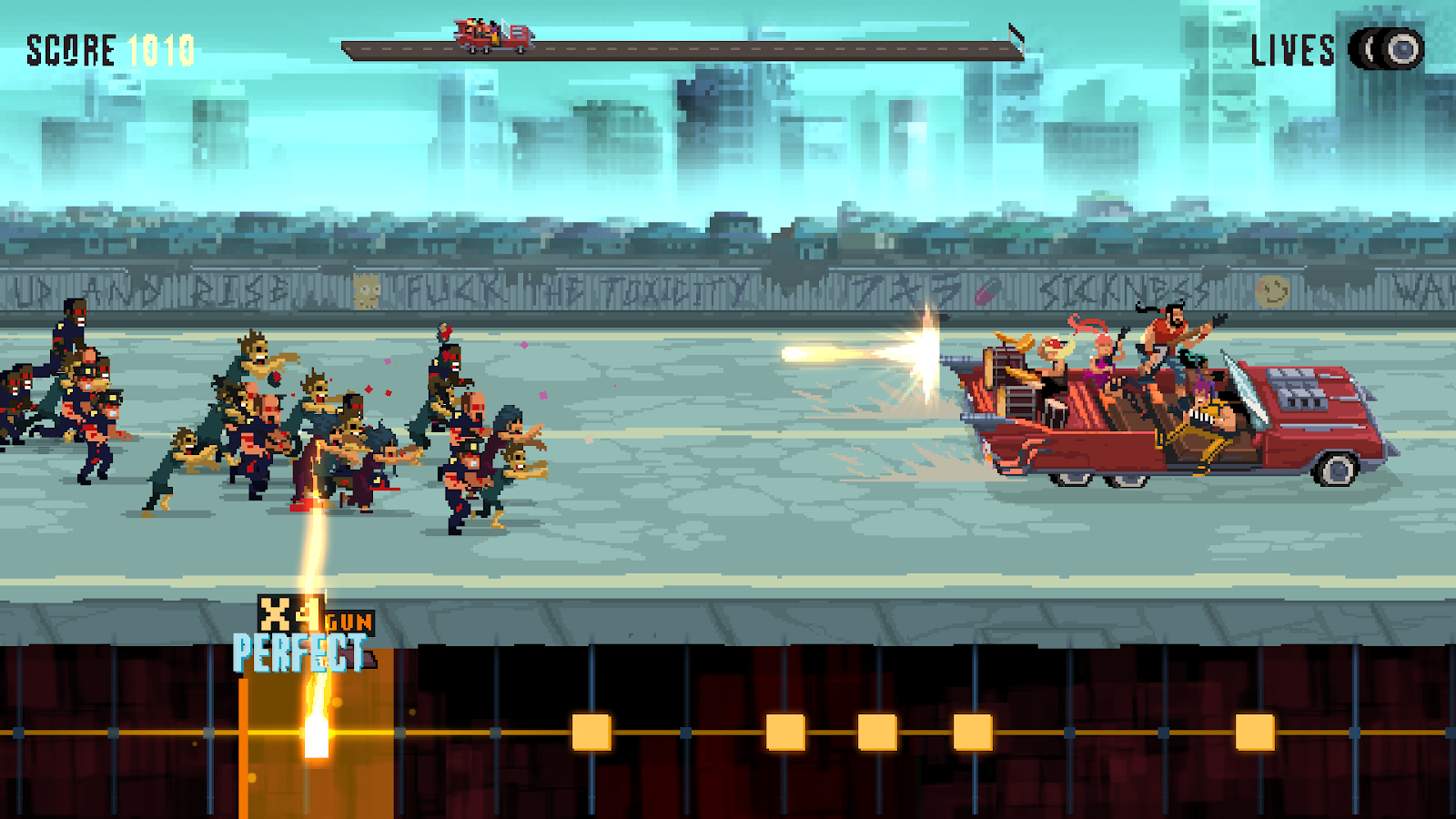 While tapping the buttons to the beat, each button stands for a different lane where the guns are pointed at. Land perfect combos to get new guns, in the beginning, you can upgrade your Rusty Pistol to a Mighty Shotgun.
Each level comes with their own genre of Metal, which is amazing whether you like or don’t like the music.

Defeat levels to get to safehouses where you meet other famous Rock stars, get quests and look your eyes out to loads of easter eggs.
It’s a truly great game to play through but also to check every tiny detail Headbang Club put into the pixel graphics, there is so much to see!