Battletoads is an action packed adventure, Rare and Xbox microsoft studio’s production game. It recently came out and Gamepass users were able to preload and play the game from the release. 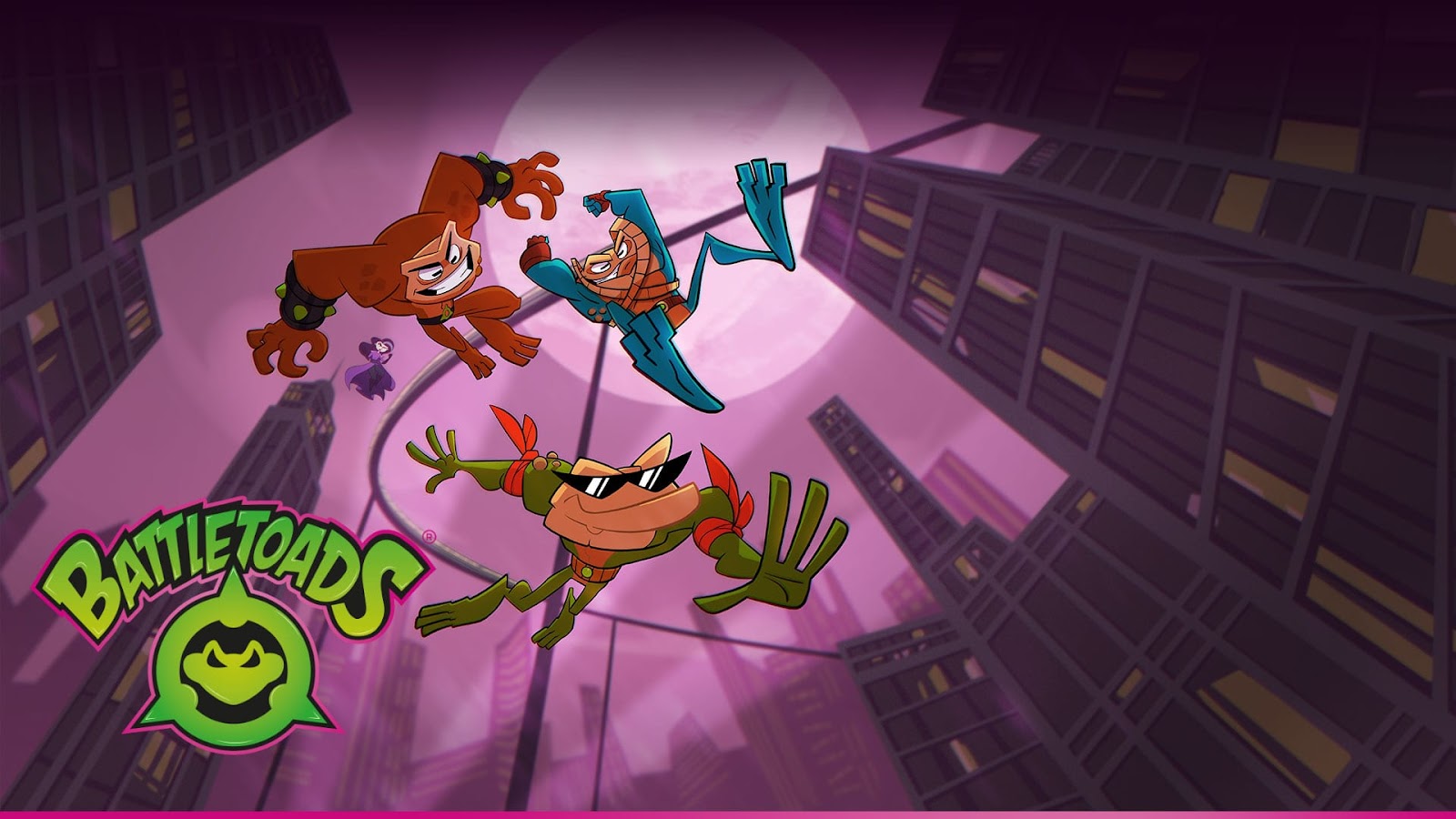 You can play this game with up to 3 players from your couch, which is a nice feature that not a lot of games have nowadays, however, the co-op can’t go online

BattleToads originates from the original beat ‘em up game in 1991 and the other titles in the series, but is back for more with cartoony graphics and great humour.
The game knows how to perfectly implement puzzles and minigames within the 2D path to beat the game.

The game follows the storyline of the previous games and takes you on the adventure of being in a bunker simulator for the past 26 years, living the dream of being famous.
Escaping to reality, the BattleToads get stuck in their boring jobs, but still have their dream of becoming famous, if you want to know how that unfolds, the game is currently on Gamepass or can be bought for 20$ for Xbox and PC. 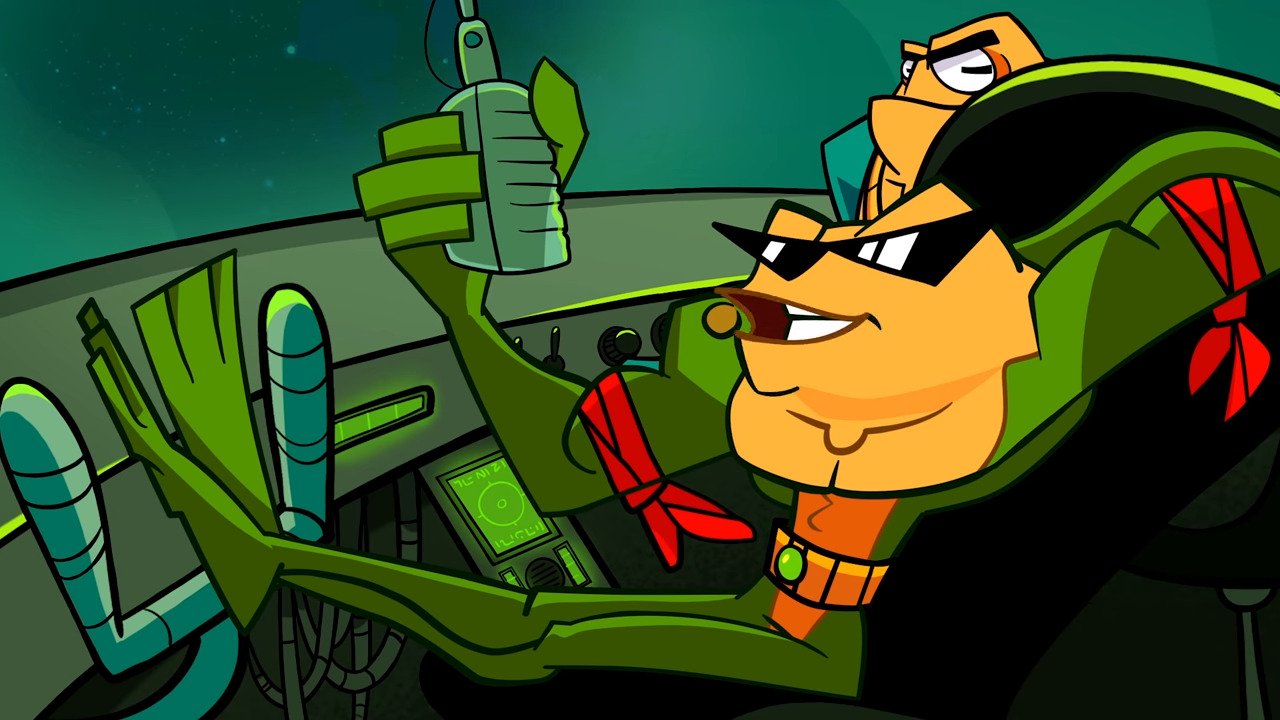 Battletoads sometimes breaks the dimension, with levels like flying on hooverbikes or platforming.
The minigames that come into the game switch from button mashing, hacking security and a rock, paper, scissor game that involves a toaster, Mexican Maracas and more weird alternatives.
When playing on your couch with 2 friends, there is going to be some co-op rivalry for sure. 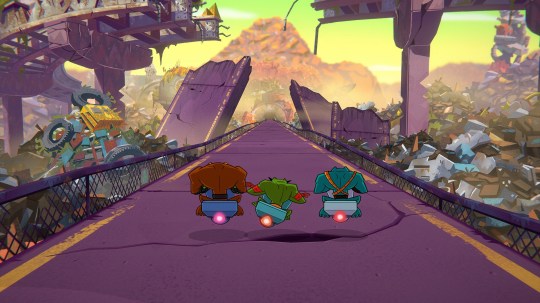 While completing levels you can collect collectibles by either picking them up, having to solve a puzzle or break the dimension and tongue grab some yellow diamonds.
You can also get an extra collectible per mission through a mission challenge, these can vary from finishing the level within a certain amount of time or only getting Amazing battle scores for the whole level.

The most important part about this game is of course, the combat.
There are a certain set of moves that you can use within the game, going from speedy attacks to slow more damage attacks. Some of the combat moves actually involve morph attacks that for example, look as if you’re a toad hammering your enemies down with an anvil.
The combat music fits right in, when you’re whacking enemies on some hard rock.
The combat stays fun as the enemies change throughout the game, with different health, different tactics and of course harder bosses.
You can gather scores per fight that will total to a high score you can beat at the end of the level. To watch the trailer, you can check
Battletoads – E3 2019 – Gameplay Trailer